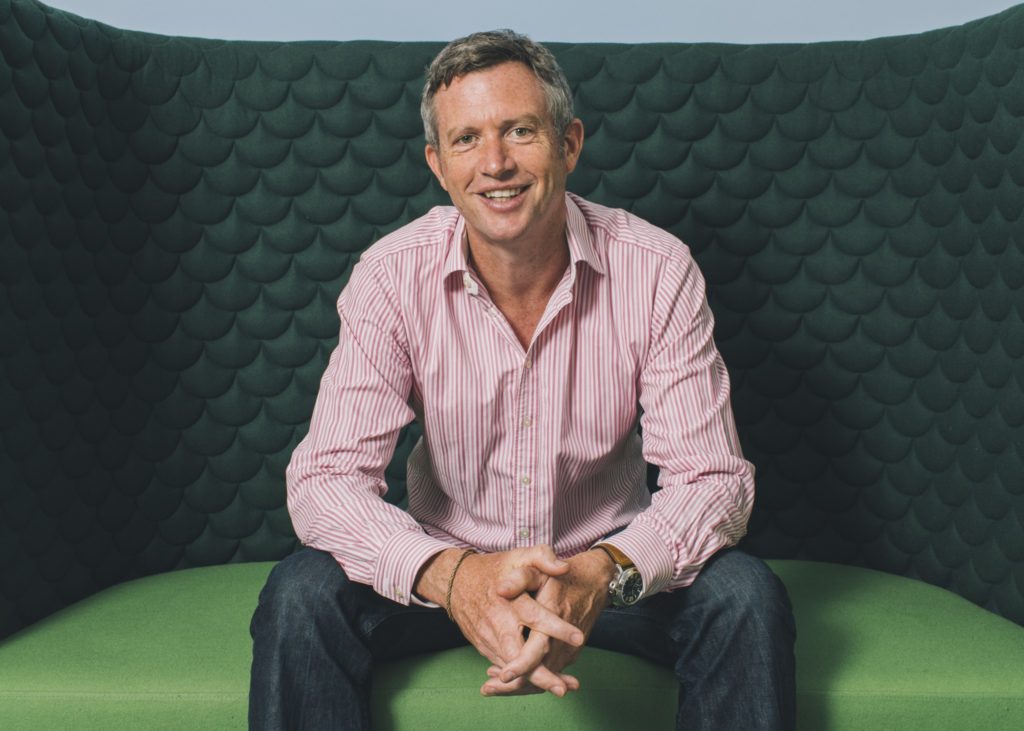 The Mayor of London, Sadiq Khan, has appointed award-winning entrepreneur, children’s welfare campaigner and founder of Ella’s Kitchen, Paul Lindley, as Chair of a new taskforce which aims to combat the epidemic of childhood obesity across the capital.

Nearly 40 per cent of children aged 10 and 11 in London are classed as overweight or obese1 while adults in London have higher rates of obesity than comparable global cities such as New York, Sydney, Paris and Madrid2.

The Mayor aims to significantly reduce this unacceptable level of child obesity significantly in London by 2028. He also aims to tackle the stark differences between different individual boroughs in the city.

Paul Lindley will work with the members of the Child Obesity Taskforce to devise a programme of work to improve the health of young Londoners and transform the way in which children and families live healthier lives.

Formerly Deputy Managing Director of Nickelodeon UK, Paul founded organic baby and children’s food brand ‘Ella’s Kitchen’ in 2006, naming it after his daughter. It is now UK’s biggest baby food brand, with the mission to ‘improve children’s lives by developing healthier relationships with food’. Paul recently stepped down as Chair of Ella’s Kitchen ahead of taking up this new role

The Mayor of London, Sadiq Khan, said: “I’m delighted to appoint Paul Lindley as Chair of the London Child Obesity Taskforce. Paul’s passion for improving the health and wellbeing of children is both inspiring and infectious and will provide just the momentum needed to take on this challenge. His exceptional track record as an entrepreneur and campaigner is very impressive and I’m confident he’ll do a fantastic job in the role.

“I’m also excited to welcome Corinna Hawkes to the taskforce as Vice-Chair. As one of the world’s leading academics on obesity, she will be an invaluable asset to the team.

“The London Child Obesity Taskforce, with the support of partners including Guy’s and St Thomas’ Charity, will focus on tackling the capital’s childhood obesity epidemic head on – ensuring that all young Londoners are able to thrive and lead happy, healthy lives.”

Paul Lindley, New Chair of the London Child Obesity Taskforce, said: “I’m so humbled to be asked to chair London’s Child Obesity Taskforce, for we hold real potential to create a major health breakthrough for London’s children and therefore set their future on a different trajectory. I hugely welcome that the Mayor has chosen to accelerate this endeavour, and our taskforce will respond with ideas, momentum, expertise and leadership to reimagine what is possible to help him create change to ensure London becomes somewhere where all children can grow up healthier.

“I’ve asked Professor Corinna Hawkes to join me in this challenge and have appointed her as Vice Chair. Her outstanding and world-leading academic experience and knowledge of London is exactly what we’ll need to make sure this taskforce is as impactful as we all want it to be.”

Professor Corinna Hawkes is one of the world’s leading academics on food systems and obesity.

She currently holds two leadership positions – Director of the Centre for Food Policy at City University and Co-Chair of the Global Nutrition Report. She is also Co-Chair of the Global Future Council on Food Systems of the World Economic Forum, Chair of the Food Research Collaboration, and Co-Investigator on the UK government-funded Obesity Policy Research Unit. She routinely presents to world leaders such as those at Davos and the G20 and is also a member of London’s Food Board.

Newly-appointed Vice Chair of London’s Child Obesity Taskforce Prof Corinna Hawkes said: “I’m honoured to be working with Paul as part of this Taskforce. With the skills and commitment we have in London, we have a great opportunity to effect real change. I’m determined to see London emerge as a world leader in addressing obesity among children and young people.”

London’s new Child Obesity Taskforce is being set up as a city-wide partnership, in collaboration with Guy’s and St Thomas’ Charity, who have backed the project with £90,000 of support over two years.

Chief Executive of Guy’s and St Thomas’ Charity, Kieron Boyle, said “Rates of childhood obesity are far too high in the capital. The great thing is we can all play a part in addressing this. The Mayor has set a critical call to action to tackle London’s growing gap between childhood obesity levels in the richest and poorer areas. We’re delighted that Paul will bring his fresh and dynamic leadership to the challenge. London is a city of huge talents, and our task is to draw on them to help families and kids make the healthy thing to do, the easy thing to do.”

Statutory Health Advisor to the Mayor and Regional Director for Public Health England, Prof. Yvonne Doyle, said: “The new taskforce presents a real opportunity to get the best minds around the table. I am delighted that the Mayor has reached out and appointed a Chair and Vice Chair who will bring important dimensions to this pressing problem which is unique in scale and has serious implications for the future health of our children. London has been leading the charge on child obesity but to truly turn around this epidemic we need bolder action to change the obesogenic environment that our children are growing up in. This taskforce is a firm step towards that.”

Danny Ruta, Child Obesity lead for the London Association of Directors of Public Health, said: “We’ve started to make serious progress in turning the tide on obesity in London, and last year’s London Great Weight Debate sent a loud and clear message from Londoners that they support more radical action. Paul is exactly the kind of person the London Mayor needs on his team: an energetic entrepreneur driven with a passion to make London the healthy weight capital of the world.”

Obesity rates are highest in the most deprived 10 per cent of the population – approximately twice that of the least deprived 10 per cent. The rate of children who are overweight or obese in their final year at primary school living in Barking and Dagenham is nearly 44 per cent while in Richmond it is 25 per cent. Reducing this inequality gap is a key public health priority for the Mayor, and will be a major focus of the new taskforce.

Childhood obesity can lead to the early onset of conditions traditionally associated with old age, such as type-2 diabetes, poor oral health and cardiovascular disease. It is also associated with poor psychological and emotional health, lower educational attainment and poor sleep. Obese children are also likely to experience bullying linked to their weight and are more likely to become obese adults living with the condition and consequences for life and with a higher risk of morbidity, disability and premature death in adulthood.

The remaining taskforce board members will be appointed in due course, with the first meeting scheduled to take place in May 2018.

See more of Paul in his Change Makers interview below: