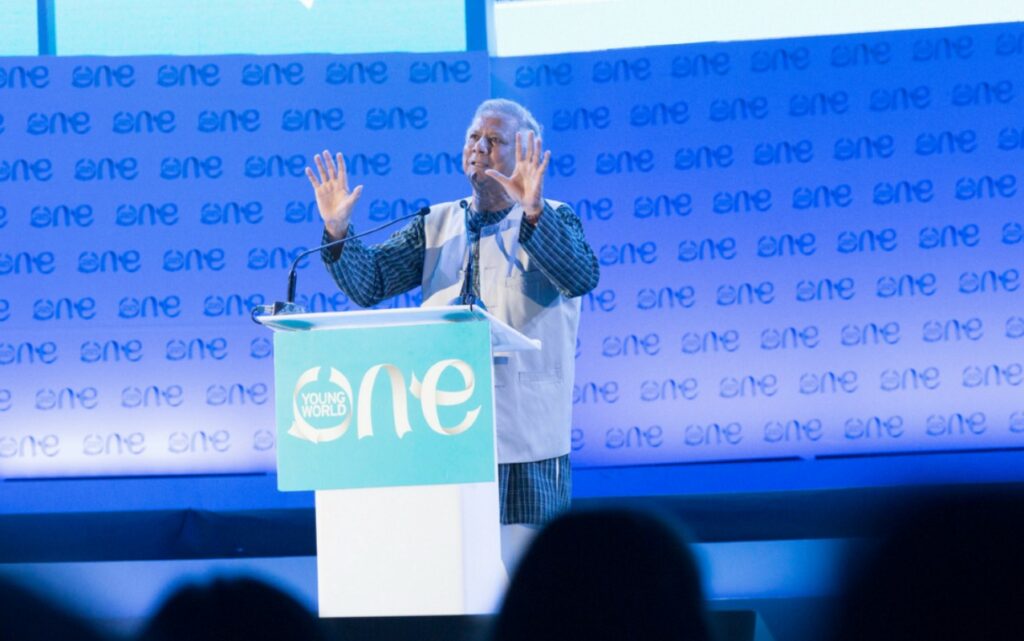 Professor Muhammad Yunus, who created microcredit, invented social business, and earned the 2006 Nobel Peace Prize for his work in alleviating poverty, is in London this week promoting his new book, A World of Three Zeros: The New Economics of Zero Poverty, Zero Unemployment, and Zero Net Carbon Emissions.

His pioneering work on microcredit helped create an economic movement that has helped lift millions of families around the world out of destitution. His new book outlines his radical economic vision.

Professor Yunus is a Counsellor for One Young World, the premier global forum that connects young leaders to create lasting positive change around the world. Its annual Summit brings together 1,500 of the most talented young leaders from across 196 countries to tackle the globe’s most pressing issues, from climate change to conflict resolution.