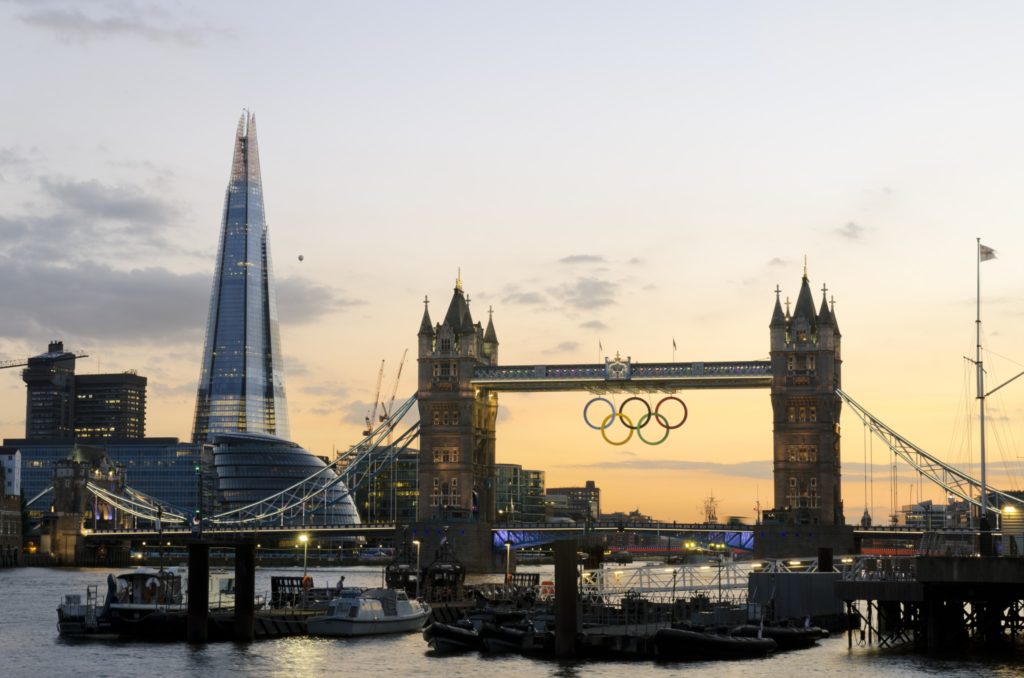 Recover that Olympic spirit to give London back its mojo

“Inspire a generation.” That was the slogan for the London 2012 Olympic Games, and a memory of a moment when the capital and the country felt confident about the future.

Cast your mind back and recall the triumphs of elite athletes, the city at ease with itself, and the country bursting with the pride of a phenomenal achievement delivered for the world. It was a high point for the “feel-good factor” – the widespread feeling of happiness, tolerance, and kindness towards others.

I wonder what our 2012 selves would have made of the scenes in Canning Town last week, where Extinction Rebellion protesters feuded with commuters? It was an attempt to provoke – and in that it was successful. Targeting mass public transport at rush hour, activists were dragged from the tops of trains by angry would-be passengers.

But it released hate not hope, and there was something heart-breaking about watching the frustration of everyday passengers boil over into rage. It was an own goal for the protesters, who rapidly lost public support, but also a sad day for many of the rest of us.

For that split second said much about our state of mind as a nation, and the reaction to it confirms the deep divisions that mark out today’s Britain. A crowd taking back control or a lynch mob losing its senses? It took moments before the rush to judgement began on social media.

One thing is for sure: whatever your view, the image of central London locked down last week felt a long way from London 2012.

Whereas then Whitehall was the open playground for beach volleyball, it was now closed and under siege, dominated by the sight of concrete bollards and the sound of screaming police vehicle sirens.

For as long as you care to remember, London has been Europe’s confidence capital: a feel-good supernova, a superstar city, a powerhouse economy, and an innovation inspiration. That confidence has inspired people from all over the planet to make it their home. And it has given the city the energy and self-assurance of an open, global, and collaborative world leader.

But the thing about confidence is that it is powerful but fragile. It’s the nuclear fuel for progress. Don’t mess with it.

That is exactly what has been happening. London has found itself besieged not only with protesters, but other challenges that risk ebbing away at our sense of self.

Take crime. Last week, the city racked up an unenviable new record: knife crime at a historic high with over 15,000 offences in a year.

The rational response is to develop better policing and justice strategies, and remember that the relative risk of crime remains thankfully low. But the reputational risk of being labelled a crime capital could do much to damage confidence.

It is why concepts like public safety or indeed the buoyancy of markets don’t depend just on the rational actions of the police or traders. They are influenced by intangible and unpredictable factors like how society reacts to an event.

Malcolm Gladwell, the writer who popularised the idea of the “tipping point”, described this as the moment “when an idea, trend, or social behaviour crosses a threshold, tips, and spreads like wildfire”.

Belief matters. The rise and fall of cities and nations alike is often aligned with the confidence of their people to win through. History is replete with places that once seemed unstoppable centres of ambition ending up as museums to the past.

It’s against this background that London’s reputation for success is too often taken as a given: the city equivalent of too big too fail.

And in the three years since the referendum, London has kept the show on the road. But you can’t help but wonder if these have been the years of survive rather than thrive.

The often privately held worry, especially among big business, is that Brexit in combination with a range of other challenges – from low productivity to stalling global growth – is the sign that good times can’t last.

But none of this is a given. So for London to continue to prosper, it needs to get its mojo back, and fast.

High-performance athletes will tell you that the key to power performance is to positively envision yourself on your best day, to capture the feeling and to unleash the attitude.

We saw many of those days in the summer of 2012. London really does know what it is like when it is at its best. And we need to have the confidence to believe it and use it to inspire again.