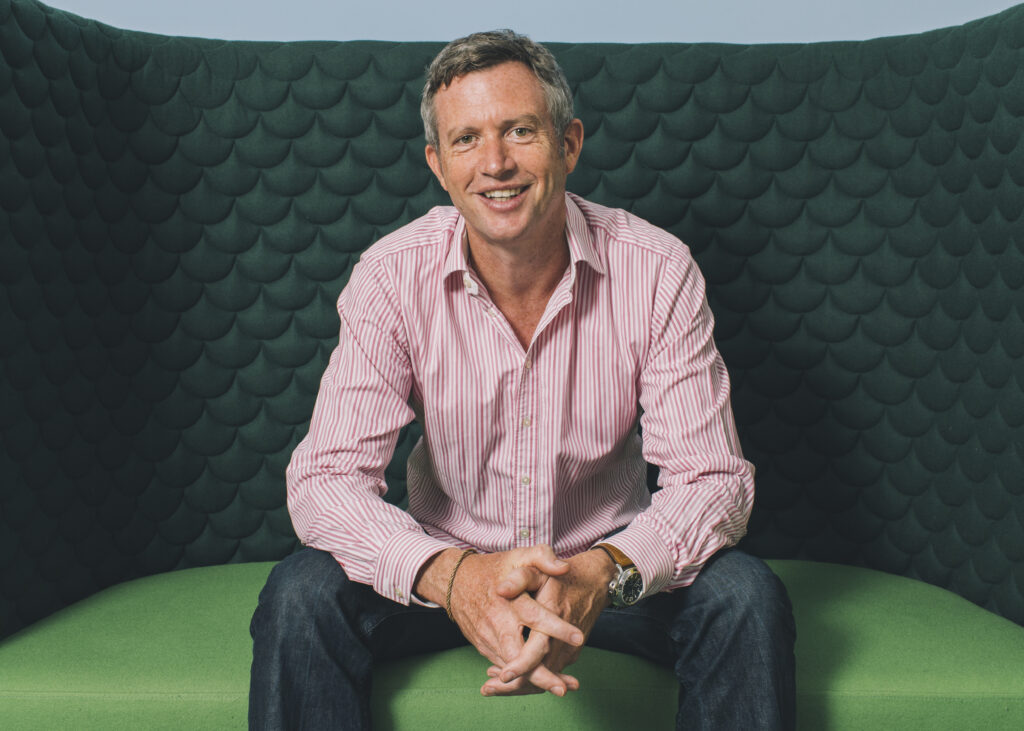 One of the UK’s most successful businesses and a household name in countries across the world, Paul started Ella’s Kitchen to encourage conversations and interaction between parents and their children over food.

He now believes this interaction should be taken one step further and, on Friday, presented to the team his proposition that society and business could better operate by adopting aspects of a toddler’s outlook.

For Paul, three-, four- and five-year-olds have a way of looking at and interacting with the world that is shared by the best entrepreneurs. Tapping into a toddler’s mentality, he believes, can spur creativity, encourage honesty and get you noticed. However, things like our education system and the nature of growing up knocks this spirit out of us.

Inviting the Seven Hills team re-inhabit their childhood, he finished the talk with a slightly messy task: design a new Seven Hills logo made entirely out of Ella’s Kitchen smoothies.

Ella’s Kitchen is a longtime friend and client of Seven Hills, and we look forward to welcoming Paul back soon